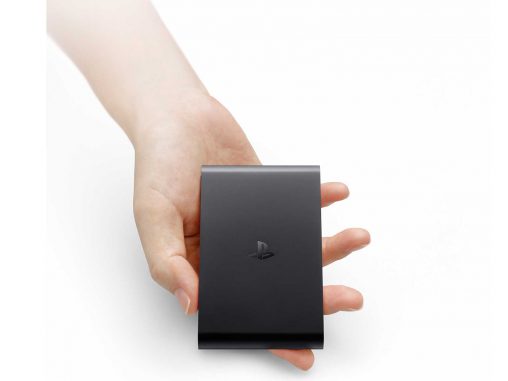 Earlier this week we brought you the news that Sony had released its new PlayStation TV ‘microconsole’ in Australia for RRP $149. We spoke with Patrick Lagana, head of product marketing at Sony Computer Entertainment to find out more about this curious device, what it does and who should buy it.

Let’s start at the top: what does the PlayStation TV (PS TV) do?

The PS TV acts as an extender for your PlayStation 4 (PS4), meaning that once you’ve got your PS4 connected on your home network, and traditionally the PS4 sits in the hub of the entertainment system in the main living room — but, if you’re anything like me, you get booted off the main TV and relegated to a smaller TV in the house — and rather than disconnect the PS4 from the main TV screen and carry it to another part of the house, you just use your PS TV: connect it to your home network, and it streams that game to your alternative TV in the home.

What else does it do?

One of the things that PlayStation TV does allow you to do is play PS1 classic games, which we have made available digitally on the PlayStation Store. There is quite a large catalogue of games that have been repurposed for the PS TV, but still retaining the cool, retro look and feel of the original PlayStation on the PS TV.

And are these retro games expensive?

The original Crash Bandicoot now retails for $7.55. The prices will vary but that gives you an indication: some will be cheaper and some of them will be slightly more expensive but, generally speaking, all under the $10 mark.

So with this dual and quite distinct functionality, who is the PS TV being pitched at?

The primary segment is the existing PS4 audience. We really see this as an enhancement to the user’s overall PlayStation experience. We don’t see it as a mass market product but more of a product that caters to a really dedicated PlayStation user, and that user could either be a PS4 user a PS Vita user or an older, retro style gamer that really wants to get back into older games they may be missing.

As reliable as your internet connection. We do recommend that you use a wired connection because, with wireless, you are at the whim of the Wi-Fi Gods and all the radio frequencies that you may have in your home environment. The mobile phone, the microwave oven, the cordless phone and your neighbour’s router can all interfere with your wireless experience. The wired experience is the most reliable way to enjoy PS TV.

Can you buy more than one PS TV?

Yes, you can, but the unit is smaller than a deck of cards so you can just very easily take it from room to room.

If you’re playing the older games originally designed for handheld consoles, how do they appear on the big screen?

It’s all upres; they output at 720 and by all accounts they look great. The Vita games look the best because these games use a higher resolution but if you look at the PlayStation Portable and PS1 games, it’s as good as what it was in the day (the mid 1990s).

The other thing the PS TV can do is connect to a DLNA server so that you can then stream either music, games or videos from your home network. There is a free application available on the PS Store that you can download to use it as a DLNA device.

Apparently so (Lagana laughs) – you’d be surprised – a lot of people still use DLNA.

Lastly, how has the PS 4 been doing?

We are the market leader when it comes to next gen consoles (Microsoft’s Xbox One and Nintendo’s Wii U). We are the fastest selling console globally and in Australia. Our global sell through is currently sitting at 13.5 million consoles, so doing exceptionally well.