Canon Australia is making its first ever TV series with National Geographic Channel to tell the stories behind some of Australia’s best photographic storytellers and their work.

Tales by Light is a natural progression for the photographic brand, explains Canon’s director of consumer imaging and executive producer for the series, Jason McLean.

“We see our role in imaging as enabling people to tell their stories, and what better than inspiring a large and passionate audience through the eyes of some of the best storytellers in the world. The partnership with National Geographic Channel is a perfect fit for us given their dedication to telling powerful stories through captivating imagery.”

Produced by emerging cinematographer and Canon Master, Abraham Joffe, Tales by Light showcases five photographers pushing the limits of their craft in some of the world’s most extreme and fascinating environments.

It is becoming increasingly common for hardware manufactures to get involved in content creation, for example US-Company GoPro thinks of itself as media company, not just an action cam maker. Last year Panasonic created the series Chasing the Light with photographer Ken Duncan to promote the professional and rugged abilities of the Lumix GH4.

“There is growing opportunity in strong, aligned brands partnering to amplify each other’s efforts and be innovative in media, especially,” says National Geographic Channel’s managing director for Australia and New Zealand Jacqui Feeney.

“Tales By Light is filmed in stunning 4K that appeals to our Nat Geo viewers. Both Canon and National Geographic Channel have shared values around the power of great imagery and technology being underpinned by great storytelling and reaching audiences in new and engaging ways. TV remains a powerful medium and storytelling is in our DNA so we were delighted to work with Canon on this new TV series.” 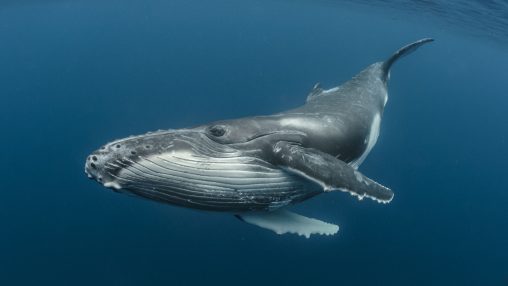 The series will air in six episodes premiering from 8.30pm AEST Sunday 24 May on National Geographic Channel.