The launch was held at the Kleenmaid showroom in south Sydney, which also serves as the head offices of parent company Compass Capital Partners. In attendance were retailers and buyers, and media representatives. It was the first large-scale event media event held by Kleenmaid since its reemergence as a retail brand around 18 months ago. It came after a long regeneration program that first began with a focus on the cabinetry channel before slowly expanding out into more traditional appliance retailing. The brand is currently sold at selected Betta Home Living and Bi-Rite outlets, as well as a diverse range of independent kitchen and bathroom specialists.

Welcoming guests to the event, Kleenmaid CEO Danny Hamilton said the focus for his team was on bringing new cooking technology to Australia.

“Kleenmaid continues to lead the market in product innovation,” he said.  “Our new oven cleaning technologies are much quicker and cheaper than other older technologies that are on the market today and have indeed superseded those technologies.”

The Black Krystal range comprises 60- and 90-centimetre multifunction ovens, combination convection and steam ovens and a microwave. There are three Grande Cucina configurations: 90-, 120- and 150-centimetres, with the last two having separate oven compartments. Also in the wider range are dishwashers; gas and induction cooktops; domino barbecue, wok, deep fryer and gas hobs; a capsule coffee machine; a warming drawer; and a wide array of rangehoods. “I am very proud to be able to launch the Kleenmaid Grande Cucina range as it sets a new benchmark for freestanding ovens in terms of sensational design and inspiring functionality,” Hamilton said.

“The Grande Cucina range will become a stunning standalone feature in any kitchen as each model is a piece of culinary furniture.” Also catching the eye at this launch was Kleenmaid’s intriguing new option for patio practitioners, the Outdoor Culinary Centre. Not expected to be released until spring 2015 and with no finalised pricing, the OCC is a custom built alfresco kitchen with dual cooking zones, black glass covers and electronic touch controls. It is designed to match the Black Krystal aesthetic, so users can have the same style outdoors and they do in their kitchen.

“Our new Outdoor Culinary Centre incorporates the latest in infra-red cooking technology and with its unique design maintenance is kept to a minimum,” Hamilton said. 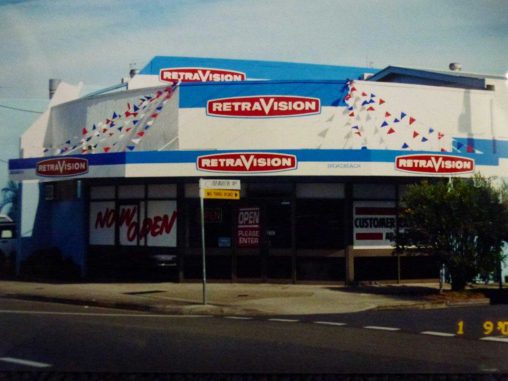