The release of the Xperia Z3 and the impending wearables boom as breathed new life into Sony Mobile.

The first thing you need to know about the brand new Sony Xperia Z3 smartphone is that the battery life is phenomenal. Sony quotes two full days, even for power users, and the reality is that on everyday use it will probably stretch into a fourth or fifth day. It’s been widely hailed as the best battery life of any smartphone on the market and it recalls the good ol’ days when Nokia bricks could last a whole week between juicings.

So proud is Sony Mobile of the Z3’s battery life that when we sat down with managing director Peter McKeon in the Japanese company’s Sydney headquarters, he stressed the handset’s longevity over and over and over. On average, McKeon referred to this significant benefit to the user experience — and these are actual quotes — every three minutes:

“Battery life is a key concern.”

“This smartphone has 2-day battery life.”

“The battery life is world class.”

And my personal favourite:

“How do we make life easier? By having a longer battery life!” The reason McKeon batters us with this battery blessing is because he knows it is what consumers want. Shortly before the handset was unveiled at IFA in Berlin in September 2014, mobility analyst firm Telsyte revealed that ‘Battery Life’ was the single most important factor for consumers when choosing a smartphone, ahead of ease of use, price and security features.

“There are 10 factors that consumers want in a smartphone and the first thing they asked for is battery life,” McKeon said. “That is really important because we all use our smartphone in different ways: some for voice, some for video, some for gaming, some for interacting on the internet.”

McKeon moved to Sony Mobile in July 2014 after six years at ZTE Australia and, before that, a stint at Telstra, where he was general manager for product lifecycle management from 2003 to 2008. He had the opportunity to observe Sony from the other side of the aisle, back when it was co-branded with Ericsson, and releasing flip, slide, Walkman and gaming handsets.

Now all the handsets look virtually identical, save BlackBerry’s utterly bizarre Passport form factor, and 91 per cent of sales are running either Apple’s iOS or Android, so differentiation is becoming harder. How does a brand like Sony, which has only 5 per cent of the installed user base, stand out and attract new converts?

“What we can bring to the table that our competitors can’t is all those properties that have been developed over many, many years,” McKeon said, citing Sony’s heritage in music, movies and gaming, which all have preloaded applications on the Xperia Z3.

The gaming feature is especially interesting. Called PS4 Remote Play, it involves connecting the mobile handset to a pre-existing PlayStation 4 controller and then picking up the action, over Wi-Fi, on the Z3’s stunning 5.2-inch screen. McKeon says he has trialled this with the graphic-intense Destiny, reporting “no lag”. When it comes to the Z3’s hardware, McKeon delights in the handset’s IP68 waterproofness. Fragility to water damage has long been the bugbear of the mobile phone user, clumsy or otherwise, and the growing imperviousness to liquids is a major benefit to consumers. Samsung’s Galaxy S5 has an IP67 rating, making it very resistant to splashes, sand, dust and tumbles; but the Z3 is waterproof.

“There are good water-resistant phones on the market — you can get a splash — but great is being able to drop it in a pool or go swimming with it. You can take some photos if you’re going snorkelling on the Great Barrier Reef.”

Before anyone does take their shiny new Z3 down to see the beautiful coral, it is worth reading the small print, which says: “The phone is dust tight and protected against low-pressure jets of water from all practicable directions in compliance…and/or…can be kept under 1.5 metres of fresh water for up to 30 minutes in compliance with IP68” (our emphasis added).

The launch of the Z3 so soon after the Z2 has caused some rancour among consumers and the mere six months between the two flagship releases certainly does raise questions about the lifespan of devices predominantly being sold on 24-month contracts. If a consumer stopped McKeon in the street and said, ‘I paid $759 for the Z2 just six months ago and now it’s been superseded’, how would he reply?

“Technology changes every day,” McKeon said in response to this hypothetical. “Look at your fashion, it changes seasonally — you’re not wearing your shorts in winter and your jumper in summer — you change your fashion depending on the cycle. With technology, things are getting faster, things are getting smaller, the operating systems are always evolving. You have to buy somewhere in that cycle.”

While McKeon is right that fashion does always change, the vast majority of people don’t pay almost $1,000 for their shorts and jumpers, nor do they buy them on 2-year payment plans.

“If we delay and stretch out our life cycle from six months to, say, 12 months, then you get a portion of the market — the early adopters — who say ‘I need a faster processor, I need a larger screen, I want to play PlayStation 4 on my device’. It’s a trade-off.” Sony’s latest SmartWatch has interchangeable bands so users can customise its appearance to suit their personality.

McKeon also oversees Sony’s rapidly expanding wearables business. There will be three units in the market for Christmas: the fourth iteration of the Sony Smartwatch, the SmartBand and the SmartBand Touch.

Although the Smartwatch category is definitely attracting a lot of buzz, fuelled by Apple’s impending entry sometime in the uncertain future, there is some suggestion that it is a bit of fad. Watches tend to carry more sentimentality than telephones or computers, and wearers often receive their timepieces for 18th or 21st birthdays, after graduating from school or university or as part of an inheritance. Watches often have a story behind them, such as the memorable, though fictional, gold watch scene in Pulp Fiction. The reason that circuitous story rang true is because people understand the strong emotional connection people can have with their watch.

McKeon is well-placed to understand this because, prior to joining Telstra, he worked in Japan for Citizen. Although he admits the earlier models of smartwatches were “ahead of their time” — a delicious pun — he says the current environment is ripe for these devices because a health trend is in full swing, the compatibility with smartphones gives them much greater functionality and, in Sony’s case, the interchangeability of the Smartwatch’s band means users can customise their device to suit their personality. Sony’s new Xperia Z3 Tablet Compact is waterproof so you can read Appliance Retailer online on it while relaxing on a floating pool chair.

Also new and waterproof is Sony’s complementary 8-inch tablet, the Xperia Z3 Tablet Compact. McKeon says this is the world’s slimmest and lightest tablet (and it definitely feels that way in the hand) and it has an insanely beautifully Full HD ‘Triluminous’ display (1,920 x 1,200), making it great for the PlayStation Remote feature.

Finally, with so much flux at Sony, both locally and globally, the general mood at the company was of interest.

“Sony Mobile is a very happy place,” McKeon said. “We’ve got an excited team: a mixture of experience and youth. People here get a buzz, they are excited to be part of this and our investment in Z3 marketing is our largest campaign ever in history.”

If you look at our history, we’ve had flip phones, horizontal and vertical slide-out keyboards, gaming keypad, Walkman controls, clamshells and full QWERTY keyboards. We always want to be innovative and design will evolve. It will be interesting over the next few years to see what smartphones are going to look like.

Accessories businesses are continuing to thrive with lots of different designs because Australian consumers want a choice of colours. They are not just satisfied with black (‘conservative’) and white (‘female skew’). Having different colours allows you to stand out from the crowd. The Xperia Z3 Compact has all the features of the full size Z3 but with a 4.6-inch HD display. It is available in a range of colours so users can match their phone to their personality.

…On the channel landscape:

Australia is traditionally an operator-led market because of the subsidies in place. There is a portion of the market that is outright but, traditionally, the majority of the market is in the operator space. I can’t comment on specific percentages but it’s much higher: there’s a big operator dynamic.

…On the wearables boom:

Australia is becoming more and more fitness-conscious. If you look at the TV shows on at the moment, there are a lot about losing weight, getting fit and living longer. We’ve gone from a cooking phenomenon on TV, through renovations and now it’s more about health. It’s a market that needs products.

Gartner predicts the wearables category will be worth $5 billion by 2016 and the announcement of our competitor’s watch (the Apple Smart Watch) for next year — they believe there is a substantial market — and we think that too. Brand new for Christmas is the SmartBand Talk, which has a microphone and speaker for Dick Tracey-style phone calls and, with the LifeLog app, can be used to monitor fitness. McKeon expects wearables to boom this Christmas. 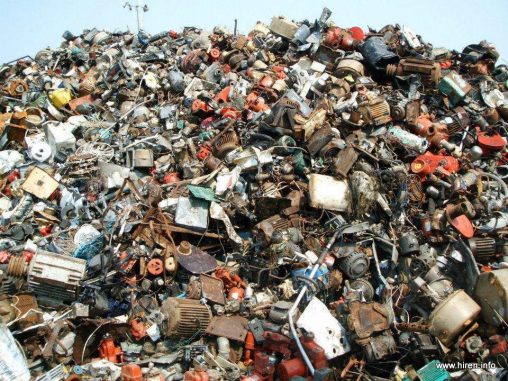