US-based mobile accessories company Tylt has announced to two new wireless charging devices will be available by the end of the year—  the VU Wireless Charging Car Mount, a hands-free car mount that doubles as a wireless charger, and the VU Solo, a compact single-coil wireless charging pad.

Both products offer a solution to extend the battery life of Qi-enabled smartphones, including the new Verizon Motorola Droid Turbo, Google Nexus 6 and Lumia 830. 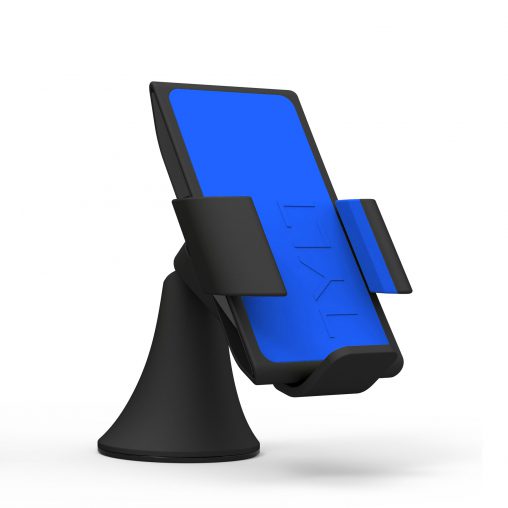 The VU wireless charging car mount (RRP US$79.99) has three overlaid charging coils to ensure the phone will connect and charge once secured in the spring loaded arms, which are designed to grip phones with up to 5.7-inch displays. The is a one touch button to release the phone from the charger’s grip.

Using a suction cup the VU  mounts to the dashboard or windscreen and can be used in landscape or portrait view. The charger also includes an additional USB port to charge a second device. It uses a patent-pending alignment edge — a physical marker that shows users exactly where to place their device in order to align it with the single Qi coil and initiate charging. The Solo features an anti-slip silicone surface, built-in ventilation and a micro-gel suction base.