The complete list of winners of the 2014 Red Dot Design Awards was made public this week. This year’s competition attracted 4,815 entries: 72 were awarded the ‘Red Dot: Best of the Best,’ 1,120 products were awarded a Red Dot for outstanding product design and 123 received the title of ‘Honourable Mention’.

Appliance Retailer has selected some of the quirkier designs that were recognised in this year’s Red Dot awards, across the 23 categories. 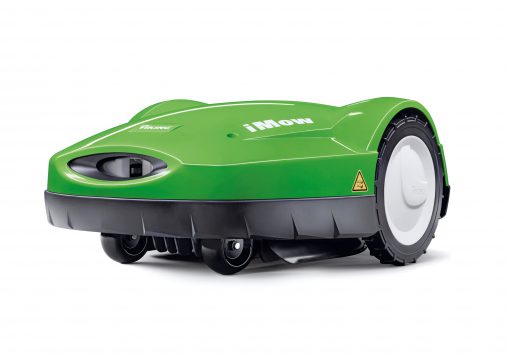 Distant cousin of the robot vacuum cleaner, this robot lawn mower from Viking will certainly fuel the rivalry between the neighbours competing for the better lawn. According to Viking, “the mowing paths of the iMow are determined by perimeter wire, which is laid either on the lawn or buried to a depth of a few centimetres under the ground, using fixing pins. For security purposes, special coding prevents robotic mowers in the vicinity, other extraneous signals or electrical cables from ‘confusing’ the iMow.”

The robotic mower is also equipped with sensors to avoid obstacles, and if rain is detected the iMow stops work and returns to its docking station, because not even robots should have to mow the lawn in the rain. Nothing says ‘luxury’ like a swimming pool designed to resemble a yacht. This concept design from Slovakia has a spa with teakwood edging as well as a stainless steel hand rail to give it a nautical appearance. Perhaps useful for people who never had to comply with the ‘no hat, no play’ rule at school, this accessory lets wearers know when they’ve spent a bit too much time in the sun. “The steel core behind the gemstone of the June sun coaching bracelet conceals electronic components that measure how long the skin has been exposed to the sun. Based on personal skin type, a complimentary app determines the appropriate sun protection factor and might recommend putting on a hat or seeking out shade. Additionally, the app can notify users when it is time to protect their skin.”

Appliance Retailer is doubtful that this will be the product which brings wearables into the mainstream. The PowerCube lets you fit all those bulky adapters into one power socket and it also comes with an extension cord and USB ports.

The judges said: ” The PowerCube is a particularly useful and elegant tool that ensures the availability of sufficient sockets at all times.” Tired of looking at the same digital clock display every morning? “Since the 1970s, the 7-segment display has been the standard for almost all electrical devices that display numbers. It is a simple and efficient technical solution that however misses out on the elegance of a beautiful typeface. Script is based on the same display principle, but has re-arranged the segments so that the numbers take on a flowing, more organic quality.”

We hope to see a comic sans digital clock appear next in the product line. A light, waterproof pet tracker attaches to a pet’s collar and sends data back to the owner’s smartphone. It also has an integrated pedometer to monitor the pet’s daily exercise data. This knee-height grill from the Czech Republic resembles an aircraft turbine. Hot coals are placed at the back of the unit and as the heat rises it powers the propeller, which in turn, spins the spit to which the food is attached. The rounded end on these colourful specs allow them to stand upright when put on a flat surface or dropped. These aren’t for all day use, but rather to be pulled out when needed to read fine print on a menu or the back of a wine bottle, similar to a magnifying glass. 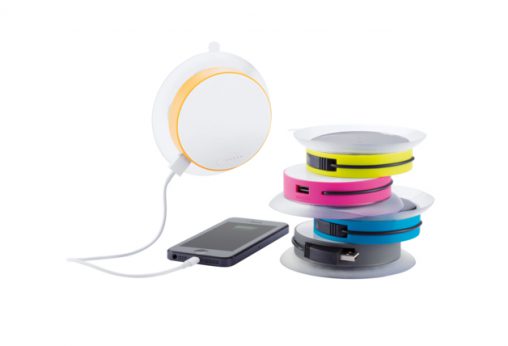 This mobile solar charger with integrated USB port has a suction pad so that it can be attached to any window, be it at home, in a car or even in a plane. The built-in, rechargeable 1,000 mAh strong lithium battery stores solar energy and therefore needs no electrical socket. 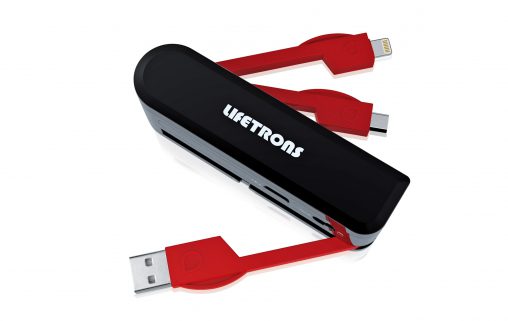 The Swiss Army knife of chargers:  It is suitable for charging iPods and the iPhone 5, as well as many other devices and smartphones with micro USB ports. It also includes a built-in SIM card holder and a viewing stand for easy watching of videos on a smartphone. Rover Revolution is a wirelessly controlled vehicle with camera suitable for indoor and outdoor use. With its off-road wheels, it features a turret-style rotating camera with night vision for recording. Recordings can be directly streamed to smartphones and tablets to be viewed and shared with others in social networks.