The Sydney Harbour Foreshore Authority estimates that close to 100,000 people descended on the Rocks yesterday for the 2014 Aroma Festival, with visitors keen to soak up Sydney’s sunshine and coffee culture.

Spread out over several blocks in close proximity to the city’s biggest tourist magnets, visitors joined long queues to sample different brews and sweet treats while being entertained by live music.

It was also Breville’s largest ever presence at the Aroma Festival hosting Sydney’s first ever professional Latte Art Smackdown on domestic espresso machines and engaging with consumers from a marquee overlooking Circular Quay and the Opera House.

During the Smackdown, members of the audience were asked to spin the ‘Wheel of Death’ to determine the latte art style, which was then attempted by competitors using the Breville Oracle. The winner played on to the next round.

“The event was a major success for Breville, meeting with hundreds of coffee enthusiasts as well as creating an intensely entertaining and fast paced professional competition,” said  Tom Douch, Breville Australia category manager for beverage and toast.

The Smackdown was won by Ben Morrow from St Ali in Melbourne, second place was Jordan Duffy from Newcastle, while 3rd place was taken out by Jibbi Little from Sydney.

“Another success for Breville was the extremely positive feedback from competitors towards machine’s performance, especially in regards to the automatic milk texturing function,” Douch said.

At Breville’s marquee on the MCA lawn, using the automatic milk texturing function, customers received tips from Breville staff before entering the Breville Instagram competition by pouring their own latte art and uploading images including #artoforacle. The competition was judged on the day by Smackdown champ Ben Morrow and the winner will receive their own Oracle machine.

Breville will use this event to launch its new Facebook Oracle Futuristas competition, giving home baristas the chance to win a Breville Oracle espresso machine for themselves, valued at $2499.

CEO of Sydney Harbour Foreshore Authority, Catherine Gallagher was over joyed by the turn out. “Sydney Harbour Foreshore Authority produces world class events that drives business for the NSW economy and shines a spotlight on all Sydney has to offer for local and international visitors. For 17 years now Aroma has been enticing people to The Rocks for a day of coffee, food and entertainment,” she said. 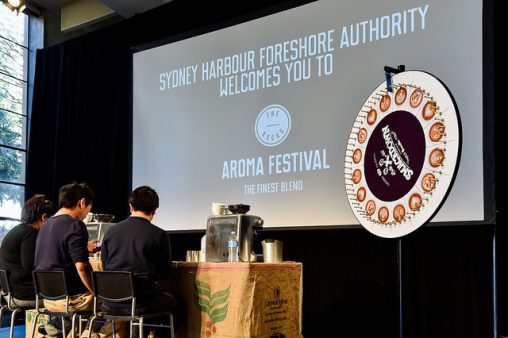 Baristas were required to recreate designs from determined by a spin of the ‘wheel of death.’ Using the Breville Oracle, competitors had five minutes to decorate their coffee canvas. 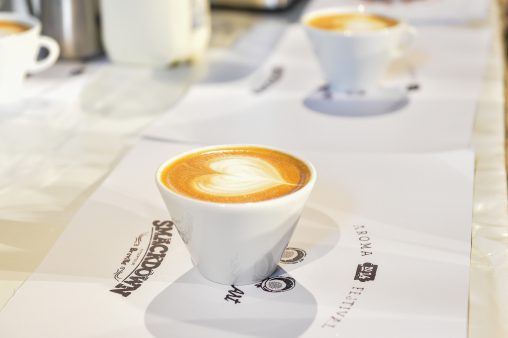 Outside, on the MCA lawn punters could see the Oracle in action up close. Crowds were entertained by live music throughout the day. 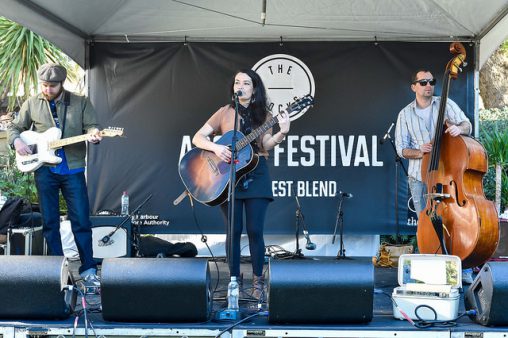 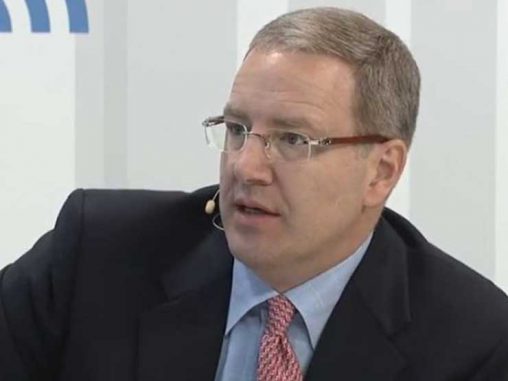