Retailers are advised that signatures to authorise credit card payments will being phased out from Friday 1 August 2014. By the end of October 2014, at the end of this transition period, all credit card transactions requiring verification will require a PIN to be entered to complete the purchase.

The move from pen to PIN has been a long process, with the technology first introduced as an option in 2008. Over the past six years, it’s been to be faster, more secure and easier for both the customer and the service officer, especially at static payment terminals.

As it stands, not all credit card sales require authorisation. For example, contactless payments under $100, over the phone sales and online transaction will continue to be both signature and PIN-free. Essentially, according to PINwise, the organisation behind this initiative, only sales currently requiring authorisation will need a PIN moving forward.

Because most Australian retailers lease their payment terminals from their bank, most proprietors don’t actually have to do anything to ready themselves for this change. On Thursday evening — the night before the switch begins — banks will push firmware upgrades to POS machines around Australia. Once this has been completed, the terminals will no longer offer a signature as an option and customers must enter a valid PIN for the purchase to be completed.

The exception to this rule is retailers that own their POS terminals. These are generally the larger, major retailers. In this instance, the applicable bank should have already been in contact with these dealers to coordinate the switchover.

PINwise is a collective of Australia’s major banks and financial institutions. The group says that although some terminals will not be PIN-only until the end of the 3-month transition, on 31 October 2014, retailers should start training customer immediately.

“During this transition, the terminal screen may continue to read ‘PIN or OK’ and the cardholder could transact without PIN, however, you should encourage your customers to use their PIN rather than allowing them to sign, as they need to get into the habit of using their PIN,” said a PINwise spokesperson in a retailer training manual.

There has been some trepidation about this process from the service industry, which often involves a waiter taking the card back to the register before returning to the customer with a receipt to be signed. Australian Retailers Association executive director Russell Zimmerman said this problem can be overcome with mobile POS terminals.

“For retailers who are concerned about the old method of taking the credit card receipt to the customers, there are now mobile terminals that retailers can get from their bank which can be taken directly to the customer,” Zimmerman said.

These handheld terminals, along with new ‘appcessory’ card readers that sync with iPhones and iPads, can also be used in technology stores and appliance showrooms, to make the sale even easier for a customer.

Baz Bolurieh is the store manager of Electro Seconds, an appliance run-out showroom and online retailer based in Parramatta, in Sydney’s west. He said Electo Seconds is using signs, social media and its website to communicate this change to its customers.

“We have put up signage on our front counter that serves to inform customers who may not be aware, but as far as I have noticed, banks have done a great job communicating this change to their local card holders, which has made the transitioning process significantly smoother for retailers,” Bolurieh said.

“We will also write a blog post on our website at the end of this week to further inform our website browsers or future potential customers of this change.”

Russell Zimmerman from the ARA said any customer reading this that has not made yet got a PIN for their credit cards should contact their issuer immediately.

“Not only is the move to PIN about strengthening payment security across Australia, this initiative will also help protect consumers and retailers alike from fraudsters,” he said.

According to sources, 80 per cent of all credit card holders in Australia have a PIN, leaving around 1 million users still clinging to signatures. So what should a retailer do if they have just scanned several items, rung up the total, swiped the credit card and then been told, by the customer, that they don’t have a PIN to authorise the sale?

“The customer service representative should say to the customer, ‘Can I put these goods aside while you go straight to your bank? They should be able to give you a PIN over the counter straight away’.” OP/ED: How to protect your customers and business from fraud in the retail sector 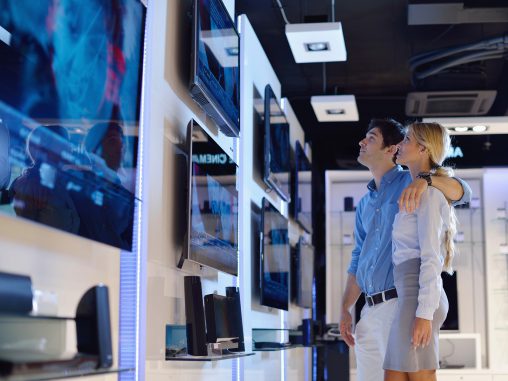