There have been several reports filed with the United States Consumer Product Safety Commission (CPSC) on potentially lethal Samsung top load washing machines. A Samsung Australia spokesperson has confirmed with Appliance Retailer that the six top loader models in Samsung’s local product recall were only sold in Australia and New Zealand, and therefore do not relate to the overseas cases. 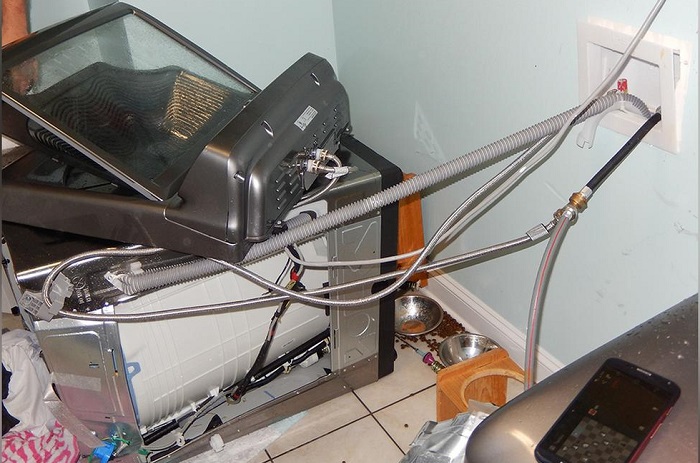 An incident that was reported to the CPSC in January 2015 of an incident that occurred in October 2013, caused severe injury to the affected consumer as the washing machine (model no WA50F9A6DSW/A2) exploded from suspected mechanical failure just four months after the purchase date.

The washing machine claimed to have “suddenly and without warning” violently explode as it completed its final minutes of high-speed spin cycle.

The report reads, “The washer lid flew off the machine and slammed into the consumer on her lower back, causing the consumer to collide into a cabinet, where she struck her head, neck, upper body, chin and jaw.

“The entire washer lifted as much as six inches off the ground, spun 180 degrees, striking the consumer, damaging the wall and side of the dryer.”

Another US consumer reported two explosions that were felt across the entire house by a Samsung top load washing machine (model no WA45H7000AW), just two months after the purchase date, in May 2015.

The consumer researched the washing machine model and found a report on the same model exploding. “Samsung needs to recall this item and find a fix to repair the issue before continuing to sell these dangerous items to unsuspecting public at risk of property damage or injury to persons,” the consumer said in the report.

A safety health and environment professional reported that “all technicians, safety professionals, engineers and laymen were completely impressed with the level of carnage” after the victim’s new top load washing machine (model no WA56H9000AP/A2) exploded.

In August, another incident was reported by US consumer wherein the entire machine exploded and burst into pieces.

The report states, “The entire top of the unit separated and flew into our hallway, and the unit continued to spin violently around the laundry room, ripping holes in our walls, dryer, cabinets and flooring.”