“The number one question I always get asked is, how is Navman going? Smartphones must be really affecting your business,” Navman Australia country director, Wendy Hammond told select media at a launch event in Sydney’s eastern suburbs on Tuesday. “Over the past three years, business has been steady for us, with only a slight decline of 10% in units, but there has been an increase in average sell price, which has made our retailers happy,” she continued.

“This paints a picture for us that GPS remains a valuable tool for drivers to have in their car. There are new laws being passed that do not allow P platers to have their phone at all in the car, even in a cradle. We are hoping this will provide a boost to GPS sales,” she said. 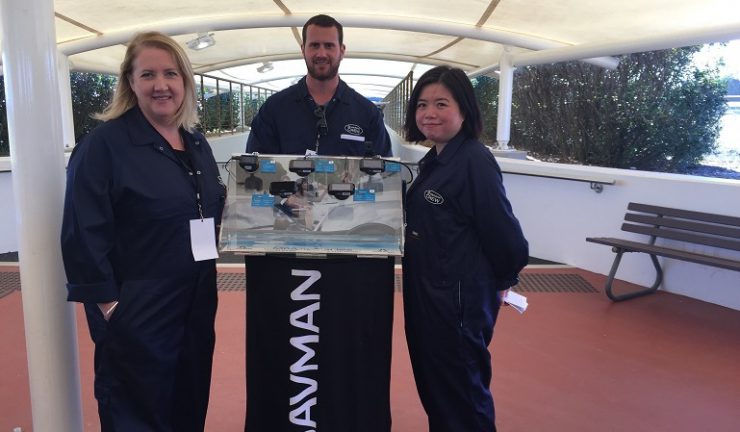 The company showcased the five additions to its range:

The company’s signature Smart Find lets drivers type in keywords to search a location even without having the full address. The device can also figure out which route to take, whether it be fastest, easiest, economical or shortest.

The device has Spoken Alerts that tells drivers there are school zones, speed and red light cameras ahead rather than chime an alert. The Navman EZY350LMT device comes with a one year warranty and will be available from $179.

Combining a GPS and a dashcam, features include Live Traffic Updates, Bluetooth Handsfree, and Zomato Restaurant Guide coming from the GPS plus a Full High Definition camera with clearer, easy-to-view footage from the dashcam.

The Navman MiVUE Drive FHD includes an 16GB micro SD card and comes with two year warranty. It is available at Harvey Norman, JB Hi-Fi and The Good Guys for $299.

Navman’s entry level MiVUE 630 ($159), was designed to enable users to accurately record all the evidence to show what happened in an accident. The G-Shock Sensor records the direction and speed of impact, and the built-in GPS Tracking will give the coordinates of exactly where an incident occurred.

The MiVUE 660($199) has a larger 2.7 inch screen as well as a Photo Mode, which means the device can record time-stamped, geo-coded photographs that can be used as evidence for insurance claims.

The top of the range MiVUE models have added safety features including the advanced ADAS Safety Features with Lane Departure Alert, and Front Collision Alert warning, while the Front Departure Warning warns drivers if the car in front has moved off. Super 2K Full HD will better help protect drivers in the event of fraudulent claims following an accident.

The MiVUE 680 ($249) has a 2.7 inch screen and comes with Safety and Red Light Camera Alerts which prompts drivers with video and audio warnings when approaching a speed camera and Headlight Alert reminds drivers to turn on headlights at night and in low light areas such as a car park.

The MiVUE 690 SAFE ($329) has Dual SD card allowing drivers to save important footage to a second card on the go. With Safety Camera Alerts it also has the highly advanced ADAS safety features including Lane Departure Alert, and Front Collision Alert warning.

The MiVUE 698 Dual Cam ($429) is the only MiVUE dashcam with two cameras to capture high quality video footage from the front and back of the car.

The Navman MY660LMT comes with a two year warranty and will be available at all major electronics retailers from $249.