According to LG the TV is the first of its kind on the Australian market and creates a new TV category. It was revealed to media yesterday at a launch held in the iconic Harry Siedler apartment in Sydney’s Milsons Point.

The hero feature of the TV is its remarkable black ‘canvas’ from which the colours come to life. This compares with conventional LED/LCD backlit TVs where the backlight can be seen shining through, even when black.

LG marketing manager Grant Vandenberg was bullish about the prospects of healthy retail sales for the TV in 2015 and beyond. He believes that one of the benefits to retailers is that they can now display a ‘family’ of OLED TVs. 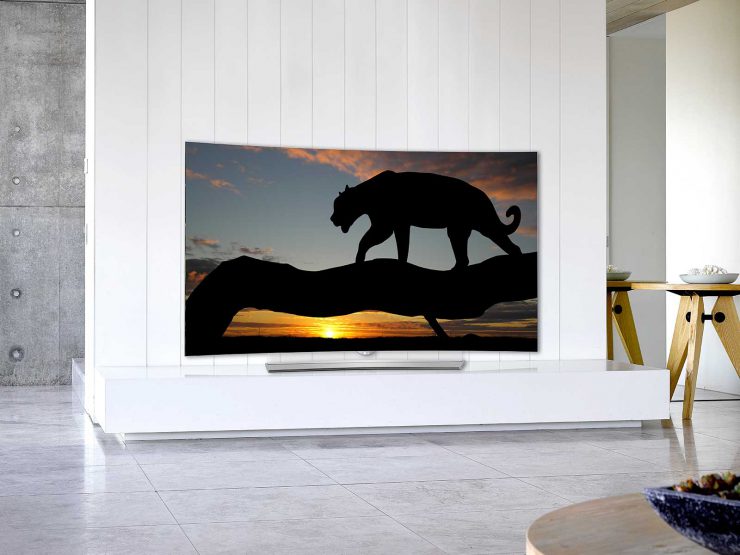 “ We’ve seen a rapid increase in OLED sales at LG Australia in 2015, and we expect this trend to continue,” he said.

Australia is only the third market outside of Korea to offer the TV, following the US and UK, where Vandenberg said sales have been promising. LG estimates that OLED will keep growing to around 30% of the market by 2020.

Vandenberg told Appliance Retailer that the new OLED TVs were aspirational purchases for consumers who wanted to own the best quality appliances. “Just like many people choose luxury cars, this is a similar purchase for the home”.

The OLED screen in the new TV has been designed and tested to perform effectively for at least 30,000 hours which equated to 10 years, based on eight years of daily viewing. OLED TVs have the capability to show over 1 billion colours.