The company showcased its BRAVIA 4K Ultra HD LCD televisions yesterday to the specialist media at a ‘Sony Home’ in Sydney’s chic inner city suburb of Paddington. This was just two days after LG unveiled its new 4K OLED TVs in a similar environment at harbourside Milsons Point.

While LG focused on the quality of the black in its TVs as the hero feature, Sony has drawn a bigger landscape, stating that its range is designed to not only enhance image quality but to provide greater access to content. The Sony televisions are built with a new 4K Processor X1 chip which optimises clarity, colour accuracy and contrast, providing a viewing experience which Sony claims is unprecedented in 4K UHD TVs.

Instead of the ubiquitous curved screen, Sony’s new X9000C and X9100C series feature a new ultra-thin floating style, making it Sony’s thinnest range of TVs to date. The TVs will be in-store this month and available from Sony Stores Kiosks at Parramatta and Chatswood as well as Bing Lee and Harvey Norman. 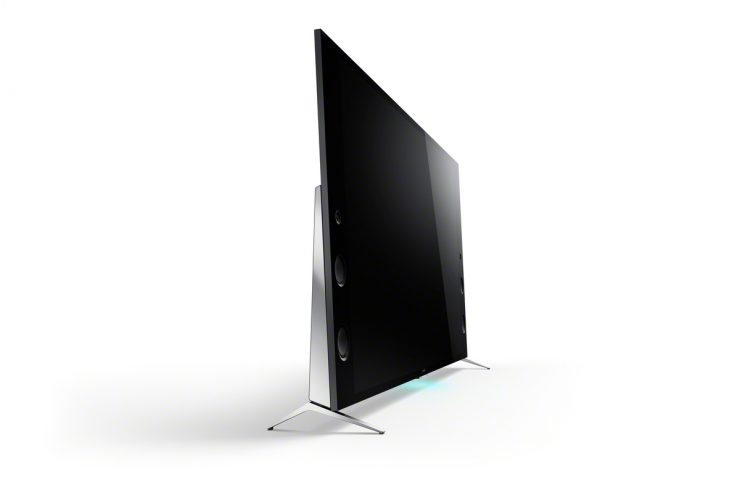 According to Sony Australia assistant TV product manager, Toby Caillard, its 2015 TVs will be the world’s first range to incorporate High-Resolution Audio compatible speakers. Both the two premium 75-inch and 65-inch sets cost $11,999 and $6,999 respectively, are using forward facing magnetic fluid speakers which seek to deliver a high level audio experience to match the 4K viewing experience. A subwoofer is also included in the 75 inch model.

Additionally, for the first time, Sony TVs will also support Google’s latest Android TV operating system, making it easy to stream videos and function as a gaming device. Google Cast will provide users with greater connectivity than ever before by enabling them to cast content from mobile devices.

The new models range in size from 49 to 75-inches and include four new series and nine new models. The company said that, “as the industry leader in 4K UHD picture quality, Sony’s commitment to developing technologies to enhance the viewing experience is demonstrated with this line-up.”

Sonys screens provide a 3,840 x 2,160 4K UHD resolution and include TRILUMINOS Display to accurately reproduce shades of red, green and blue. This enables colours to come alive on the screen in the widest colour range ever, and dynamic colour correction ensures colours are as consistent and accurate as possible.

The TVS will also be equipped with the X-tended Dynamic Range contrast enhancement to provide peak brightness of LED as well as deeper blacks.

Voice Search is available through a remote equipped with a microphone. With access to Google Play, consumers can enjoy what they like to do on a smartphone or tablet, from their television.