When Archie Henderson was growing up in Hampshire, southwest of London, his family didn’t have a Dyson in the house. His mum would still ‘Hoover’ the floor and it wasn’t until his grandmother purchased a DC01 that the first seeds of his future passion were planted.

As a boy, Archie enjoyed doing the vacuuming and he always had a passion for discovering how things worked — good early portents for the 27-year-old whizz kid now stationed at Dyson’s Singapore office — but it wasn’t always a plus.

“I was always the horrendous child that goes around to someone’s place and immediately disassembles the TV remote into its component parts,” Archie told me. “I was always pulling things apart and putting them back together; always the one called on to set the VCR’s timer — that was my role as a child.”

The fresh-faced and mild mannered engineer flew down from Singapore for just two nights in Australia for a whirlwind round of public relations to promote Dyson’s new V6 Absolute stick vac and AM10 humidifier. It’s been a meteoric rise for Archie. After finishing high school in London, he studied Mechanical Engineering at the University of Bristol and then, in 2010, joined Dyson’s grad program, just around the corner in Malmsbury.

It might seems odd that such a talented and wide-eyed Young Turk would choose home appliances over all the other technologies that need engineering but Archie had a very good reason for choosing vacuum cleaners and hand dryers over fighter jets and submarines.

“I wasn’t drawn to appliances specifically but the great thing about products is the number of people that get to use them. A naval engineer, say, gets to work with very cool technologies, but ultimately the number the people that will use it and experience it is limited. The great thing about working at Dyson is you’re making something that, in the case of a cordless vacuum, is going to be used by 6 million new people every year.”

Archie said he feels pleased when he sees people using Dyson products out in the wild, knowing he and his team put so much work into them. “It’s always nice to hear people being complementary about them. If I go shopping at John Lewis (an English department store), I always have to swing by the Dyson area just to check it out and make sure it’s looking nice and tidy,” he confessed, though he assured me he can restrain himself from interrupting conversations about Dyson that he overhears.

Randomly eavesdropping on Dyson chat is happening more and more for Archie and his colleagues. The privately owned company has been growing rapidly over the past quinquennium, entering new categories like cooling, heating and air purifying; expanding the Air Blade range and cutting as many vacuum cleaner cords as possible. Not long after revealing it had invested $10 million in a London university robotics lab, Dyson showcased its first prototype robot vacuum. Then there was the $19 million investment in Sakti3, a major battery and power storage innovator in Michigan in the United States. The traditionally conservative company has been a hive of activity and it means Archie, who regularly commutes between the Singapore and Malaysia offices is constantly busy.

“I don’t spend a lot of time at my desk. A lot of my work is testing based: we have areas set up with different types of carpet, staircases and hard floors for simulating households. I’ll hook my laptop up to the appliances to make electrical measurements and then analysing that data and suggesting changes.”

He compares his role to troubleshooting and works across all Dyson product lines, something he feels lucky about. His favourite products to work on are cordless vac and his favourite to use are the V6 Absolute and the V Blade.

One of the real-life problems Archie had to solve concerned long thin objects like power cords, wool or shoelaces becoming looped around the rotating head. This can lead to sub-optimal performance and potential longterm damage. He and his team found a way to introduce an automatic shut-off function for when this happens but, importantly, not for when shaggy rugs or carpets come into contact — the system couldn’t be so sensitive that it constantly stalled.

Archie said one of his main focuses going forward is trying to replicate the performance of a corded vacuum cleaner in a cordless model. Cordcutting is a major trend across tangible and intangible consumer electronics and Dyson definitely wants to be at the forefront. “To achieve this we need to develop our motor technology for more power, more airflow and greater efficiency, while keeping it in a small package,” he said, also noting that power density much improve, so more minutes of runtime and powerful suction can be squeezed into an even smaller battery.

Although he wanted to remain tightlipped, constrained as he is by Dyson’s meticulous and at times secretive public relations strategy, Archie did reveal that Dyson’s first batch of robots are currently being beta tested by a select number of users in homes in Japan. The biggest challenge for robots is in suction. Most do a fine job of sweeping but because of their small form factor, it has proven difficult for all brands to incorporate truly powerful suction into the cleaner.

“The suction side of things should be considerably better from our product — that’s what we’re about — we’re not going to release something that isn’t good. Cleaning is what we are about. In my opinion, it’s unlikely we would release something that wasn’t the best. We always want to be better than the competition.”

Reflecting on his five years at Dyson and thinking about the future, Archie was enthusiastic about the direction the company was heading.

“The moment when I joined was when Dyson was starting an aggressive expansion and that continues to this day. James puts his money where his mouth is — he’s prepared to invest large proportions of turnover back into R&D for new products and a new site in the United Kingdom. We’ve hired a lot of people and different people — a lot more software engineers and robotics backgrounds coming on board — and that’s pushing the company forward.” 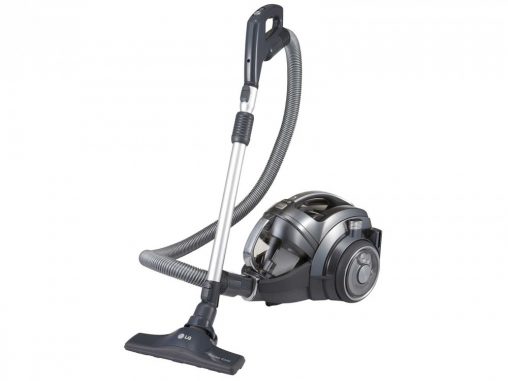