Samsung has officially launched its flagship SUHD range of Ultra High Definition 4K TV, first unveiled at the 2015 International CES in Las Vegas at the start of the year.

As first revealed at the CES, the S doesn’t actually stand for anything; it simply is being used by the famous Korean brand to denote premiumness, as it does with its market-leading Galaxy S smartphones.

“The Samsung SUHD experience will change the way Australians think about Samsung’s home
entertainment and visual display technology: it’s on a completely new level to anything we have ever
produced.” Philip Newton, Samsung Electronics Australia corporate vice president, told me. “By pushing
Samsung’s boundaries in colour and picture quality, the SUHD TV range showcases our continuous
commitment to innovation in the TV category, offering Australians an outstanding viewing experience.” To ramp up enthusiasm for the new range, the first batch of consumers of Samsung SUHD TVs will receive a free 6-month subscription to trendy video streaming service Netflix, home of Bojack Horseman, Unbreakable Kimmy Schmidt and Orange is the New Black. Netflix is one of several services available through the TVs’ Tizen-powered Smart platforms, as Newton explained.

“Australians will absolutely love watching the latest and most popular shows and movies on this TV that
can streamed straight to the living room from the likes of Netflix, Presto and Stan. We will be offering
some of the first purchasers of 2015 Samsung TVs bonus access to Netflix for six months, allowing them
to watch UHD content like House of Cards and Marco Polo on our stunning Samsung SUHD displays.”

Samsung SUHD TVs will be available in seven screen sizes across three series, with all but the most expensive — an RRP $24,999 88-inch panel — rolling out this month. There are also eight new Ultra HD TVs being released.

The difference between an SUHD and otherwise standard UHD TV comes down to picture quality, with the TVs worthy of an S featuring nano crystal colour technology for more colours, greater contrast and improved brightness. To project the blackest blacks and whitest whites — still one of the most difficult challenges for LED LCD TVs — SUHD TVs incorporating a Precision Black Pro and Peak Illuminator to “automatically analyse the brightness of images to produce dark blacks and elevated brightness”. 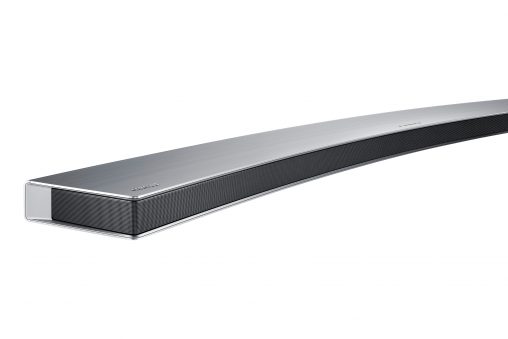