English audio brand Pure has unveiled a new DAB+ digital radio with Bluetooth streaming. Called Evoke D2, this bookshelf speaker with a streamlined form factor combines the crystal clear quality of digital radio with the modern convenience of Bluetooth, so users can have the best of both worlds in one device.

The proliferation of music streaming services have overshadowed the humble radio in recent years, with music fans able to stream pretty much any song or album they want with immediacy. While this has led to some fans abandoning the radio altogether, the success of Triple J’s Hottest 100 of 2014, with its record 2 million-plus voter turnout, shows there is still a place in the market for radio broadcasting, even amongst hip youngsters.

We’ve seen brands like Ultimate Ears, Beats and Bose have great success with Bluetooth speakers, which lovingly reproduce the audio from mobile devices like smartphones and tablets: the brains of the operation. By combining its core competency, digital radio, with Bluetooth connectivity, Pure has an-in-one solution that will appeal to customers who want the best of both worlds.

Of course, you can stream radio from a smartphone to a Bluetooth speaker, but the quality and speed of reproduction is not as good as a dedicated device. The Evoke D2 also features an input for MP3 players; alarm, sleep and snooze timers; and 20 presets. Annoyingly for some, portability is only via an optional battery pack accessory, which provides up to 30 hours of wireless playback. 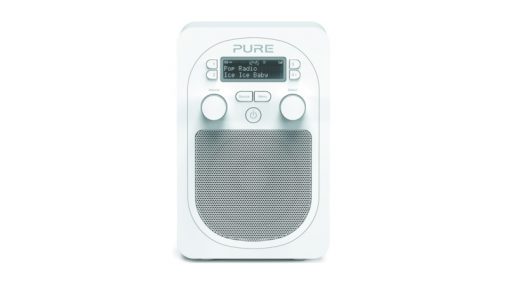