Intel’s new RealSense uses a combination of cameras and infrared sensors to simulate 3D interaction, which is ideal for education, conferencing, robots and “flying multi-copter drones”. This technology is sure to pop in 2015! The Chill by Hisense is a home vending machine. It’s able to stock 72 cans and/or bottles of varying sizes and has a child lock so soft and hard drinks can be stored side-by-side. There’s even a case cooling drawer to keep spares chilling in preparation for packing. TCL showcased “the world’s largest 110-inch Curved 4K Ultra HD TV”, though the cynic might point out that all 110-inch TVs are the same size… Panasonic’s diversification into home appliances is continuing apace and this salamander-style grill was a true one-of-a-kind at the CES. SMS Audio has the rights to splash Star Wars imagery all over its headphones so, with the next installment due to be released in late 2015, one would expect to hear a lot more about this brand by the end of the year. iLuv showcased this Truewireless Stereo Bluetooth outdoor speaker that is weatherproof for outdoor use and can be paired a second speaker for stereo sound. Little could be said of Toshiba Glass at the Japanese company’s stand save for it being new and an initiative out of Toshiba Japan. It certainly was popular. 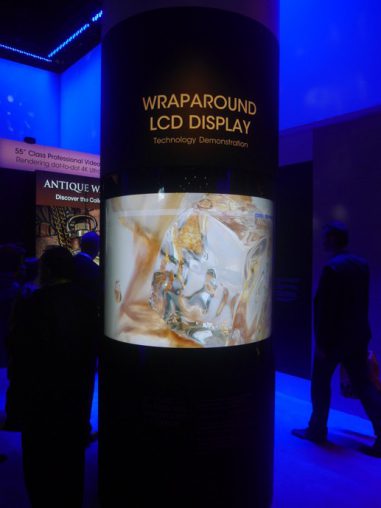 Sharp is focusing more and more on its B2B operations and this wraparound LCD display gives an indication as to the innovation coming out of the famous Japanese company. The picture looked crystal clear on this display, despite it being wrapped around a wide column. 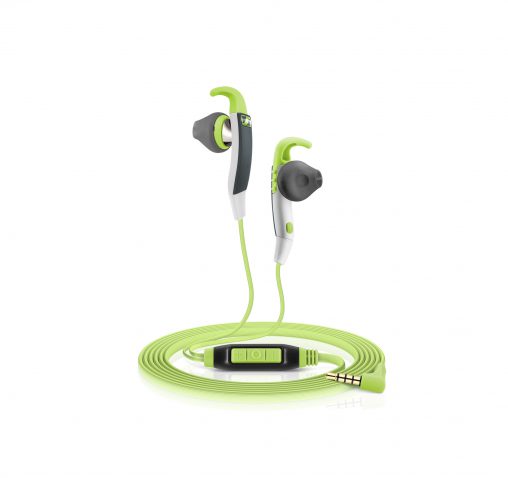 Sennheiser is going large in the fitness audio category, releasing four lines of earphones for athletic audiophile. There are both open ear and in -canal models available, and four difference options for holding the buds in your ear, including a cradle, a band and two types of clips. Pioneer introduced Google Android Auto to its in-car head unit range. “By using the included external microphone and car speakers with Google’s speech tecnology,” Pioneer says, “controlling everything with your voice is fast, safe and easy.” LG unveiled a dedicated linen and bedding cleaner, which would be great for those with allergies, asthma and/or a penchant for sleeping with pets.