Panasonic has today joined the ever-growing list of brands supplying multiroom wireless speakers. In a market dominated by mindshare leader Sonos, Panasonic will compete with Samsung, LG Electronics, Heos by Denon, Pure Jongo, Bluesound and, no doubt, many more still to be released.

Comprising two speakers and a network audio connector, Panasonic’s multiroom solution is powered by and named for AllPlay, a smart media platform developed by processing giant Qualcomm. The premium speaker is the 80-watt ALL8 (RRP $479), which is wall-mountable and includes a subwoofer, two woofers and two tweeters. This unit is joined by the 40-watt (ALL3), which has two woofers and two tweeters. The ALL1 network connector (RRP $279) allows for existing hi-fi equipment to be added to the home multiroom system.

All three speakers are controlled via a free app for iOS and Android. Through this app, users can access their music subscription service; internet radio stations; and content stored on networked hard drives, tablets and smartphones. Users can choose to play the same audio throughout the system or to have different music in each room. So, for example, Mum can listen to Michael Buble in the bedroom while the kids enjoy Slipknot’s new record .5: The Gray Chapter in their bedroom.

UPDATE: Panasonic Australia has confirmed that only Spotify, Napster, Tunein and Aupero personal radio are supported at launch by this system. This is stark contrast to other systems, such as Sonos, which is compatible with Spotify, Google’s Play Music, Pandora, Deezer, JB Now, Mog, Rdio and many more. A representative from Panasonic’s PR agency said, “Panasonic is  continuously enhancing its consumer offerings in this area and other popular streaming services will be announced shortly”.

Panasonic has quite a rich history in the audio category from its years marketing popular micro and mini systems. The plan will be to leverage this heritage to encourage customers to opt for their multiroom system in what is fast becoming an incredibly cluttered space.

“Listening habits have changed and music no longer has to come from a physical source like a CD but can come from a variety of digital sources, one example of which would be streaming. Our systems have evolved with these changes.

“We’ve created a flexible system that allows the same music to be enjoyed by all through a number of different speakers in different rooms. Alternatively, it allows different music to be selected and played from each speaker. On top of delivering a powerful, high quality sound our multiroom Hi-Fi System is easy to setup and operate.”

Sonos has responded to the threat being posed by Panasonic and the myriad other new entrants to this market by offering a free one year premium subscription to music streaming site Deezer with the purchase of its Play:1, Play:3, Play:5 and Playbar speakers before 31 December 2014. This is quite an attractive promotion as the value of one year’s Deezer is just under $144, so if a consumer purchases the Play:1 at RRP $299, they are essentially receiving a 50 per cent bonus. You can read the full terms and conditions for this promotion here. 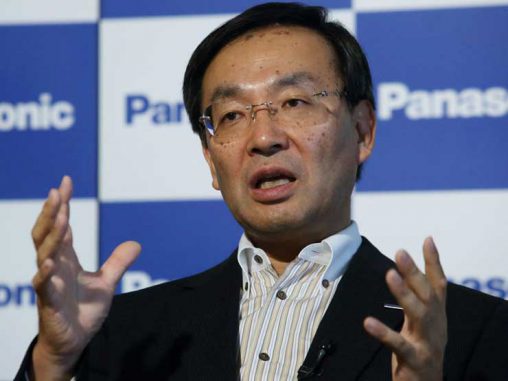