Here are AR’s picks for the Best New (and Newish) Gadgets for November 2014:

Navman MY Truck II
The GPS specifically designed for large vehicle drivers has been updated with improved guidance for B-doubles and HAZMAT drivers, on top of crucial info such as restrictions to do with height, width, length, weight, load and vehicle size. RRP $499 These are the cover plates for the new Nintendo 3DS (RRP $219), which has a slightly larger LCD screen than its predecessor. There is also a new 3DS XL model featuring “a more comfortable 3D gaming experience” (RRP $249). SanDisk 512GB Extreme PRO SDXC Card
Eleven years after launching its first 512MB SD Card, SanDisk now has a 512GB card, which is ideal for professional videographers. It has a transfer speed of 95MB/second. RRP $1,150 Sony Walkman W (WS613)
“The Walkman W series was created for people who love listening to music while staying fit, whether they’re working out on land or in the pool,” said Abel Makhraz from Sony. RRP from $199 Plantronics BackBeat Pro
These Bluetooth active noise cancelling headphones are ideal for travel and no-distraction working. They have controls in the cans for pairing, play/pause, volume toggling and moving to the next track. RRP $349 Pure Evoke D4 with Bluetooth
Stream music from your smartphone or tune into a world of DAB+ digital radio using this stylish ‘Domino’ receiver, which also has a remote control for extra convenience. RRP $299 Kaiser Baas Soundshift
This nifty device lets users stream music from their smartphone or tablet to an existing hi-fi stereo system. It works over Wi-Fi so the sound reproduction is better than Bluetooth, the company says. RRP $99 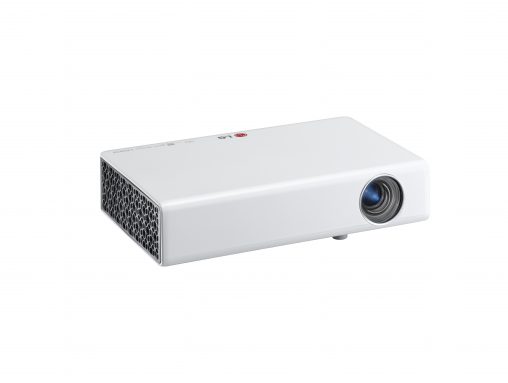 LG PG60G MiniBeam
The flagship model from LG’s new MiniBeam projector range, this model has a 5,000:1 contrast ratio, 500 lumens of brightness, 30,000 hours of lamp life and USB plug and play functionality. It’s small, light and suitable for home or the office. RRP $999