The dream kitchen for home renovators and builders is a social hub for entertaining but it also needs to be functional and offer time-saving features to make meal preparation as easy as possible during a busy work week.

(At the end of this story is our Built-in cooking product guide.)

Smeg is at home in the modern household, describing itself as a “design-orientated brand”, placing aesthetics on par with cooking performance. Smeg has collaborated with leading architects and designers such as Guido Canali, Renzo Piano and Marc Newson.

The result of these collaborations is a broad offering of different aesthetics, from sleek contemporary through classic elegance to vintage. Smeg used its 700-square-metre stand at the 2014 EuroCucina fair in Milan to showcase more than 100 new models across all categories of kitchen appliances, focusing on styles to suit a plethora of tastes.

“While design and performance are undoubtedly an essential aspect of this, our ongoing partnerships with peak bodies such as the Australian Institute of Architects, the Australian Interior Design Awards and Kitchen and Bathroom Designers’ Institute; coupled with sponsorship and partnerships with key events such as Belle Interior Design Awards, Saturday InDesign and Melbourne Food and Wine are also fundamental to our widespread recognition as one of the most desirable brands available,” Kalotheos said.

Although looks might hold the biggest emotional pull for a consumer, Smeg has not neglected consistently improving performance of its appliances. Recent innovations include S-Logic intuitive cooking technology, which means function-selection, cooking time, temperature, shelf position and pre-heating are either automatic or self-explanatory.

Unlike Smeg’s range of designs and styles, Fisher & Paykel have chosen to maintain consistency in style across its appliances, which is sleek and minimalist.

“Our ‘designed to match’ approach creates a cohesive aesthetic across the whole family of Fisher & Paykel appliances to present a co-ordinated look in the kitchen,” said marketing manager Kara May.

“Years of engagement with kitchen designers, architects and customers has told us that the kitchen has been elevated to centre-stage in the house, there is a demand for appliances that reflect the same level of design and quality as the rest of their living space, with appliances that ‘line-up’ perfectly with each other and are made from a consistent palette of high quality materials and finishes.”

Fisher & Paykel’s induction cooktops feature Touch&Slide controls to easily adjust the temperature in a movement similar to scrolling on your smartphone and SmartZones that can bridge heat between zones to give cooks a larger cooking surface.

“We have seen vast technological advancements in this category, which can only mean that this style of product is becoming more precise, accurate, user friendly and ‘Smart’,” Bertuccio said.

“Yes there is still a market for simpler, easy-to-use appliances but the products that I would want in my kitchen are the ones that incorporate an impressive user interface, which I am certainly seeing in some ovens and induction cooktops.”

“With ILVE, we will be going to market with some great ‘added value’ promotions for our built-in range,” Bertuccio said.

“With De Dietrich, we will be applying the same strategies but with a French twist. For De Dietrich, we plan to launch with some great consumer offerings that will ultimately benefit the consumer. This is a tactic that I am passionate about and apply to both brands as much as possible.”

While gas cooktops may still be the mode option for Australian consumers, “Induction cooktops have well and truly cracked the market here in Australia,” said Lisa Hill, advertising and promotions executive at Blanco. “People are not only asking, what is induction, but what more can it do for me.”

Induction cooktops are now coming into the market at lower price points, meaning premium brands have to “step up their ranges”, offering flexible zones and easier-to-use controls, along with cleaner lines and integrated accessories, Hill said.

For ambitious home cooks, Blanco has a package of built-in appliances to turn the home into an “instant restaurant”, including a range of steam ovens that, according to Hill, “Is a perfect complement to a traditional oven, especially in today’s growing foodie culture”.

Omega has also received input from chefs for its new premium brand, Neil Perry Kitchen by Omega, which will launch in the second half of the year. “These products have been designed by cooking enthusiasts with the cooking enthusiast in mind, and will include some features that will differentiate the product from our competitors,” said a spokesperson.

“With the increased popularity of cooking and renovation reality television programs, the foodies will love these products as they will allow them to expand their creativity with their culinary skills with very few limitations.”

The spokesperson was tight lipped on what marketing initiatives were planned for this range, but promised they would be “engaging”.

The spokesperson also noted that the threat of price erosion was a concern in the cooking category.

“With the margin pressures faced within other categories, there is certainly a focus on the cooking category by major retailers, of which I like to refer to as ‘the final frontier for margin’.

“We’re seeing signs of price erosion as many brands are fighting for market share dominance in their perspective markets, and with the Chinese manufacturers focused on producing stylish and well-featured products, we are bound to see more pressure from the private label brands.”

“Ovens with larger capacities are a key focus for many brands as they utilise this and increased feature spec to improve their product proposition and lift their ASPs.”

Energy efficiency is a key selling point for most major appliances, and ovens and cooktops are no exception, especially for a German brand!

“Once positioned away from view, kitchens have today become a link for home life and entertaining.

“Big and chunky is out, while the new aesthetic involves streamlined finishes with a hint of colour from time to time.”

Roberto Finamore, marketing communications manager at Siemens, said the kitchen is now a space that is fashionable and practical.

“In regard to appliance aesthetics, there is an increasing interest in the sophistication of the greyscale colour scheme, with all Siemens appliances predominantly in black, grey and silver,” he said.

“One of the growing trends in kitchen design today focuses on creating a slim-line aesthetic in the home: traditional is moving towards transitional. Built-in and concealed appliances are commanding the attention of consumers, incorporating clean lines; simple design work and a ‘zen-like’ feel to the space.

“We are seeing a trend towards electric, and in particular, induction cooktops that offer a seamless cooking surface.”

Siemens 80-centimetre freeInduction cooktop (EH875KU11E, RRP $9,499) has one large cooking zone to accommodate multiple pots, pans and trays at once. It has a 17-stage power setting for each cooking zone and position display on the 6.5-inch coloured TFT touchscreen control panel for each pot and pan.

“The freeInduction cooktop from Siemens, offer a new level of freedom when it comes to pot size, shape and position,” Finamore said.

Euromaid brand manager Darren Field said the current trend for built-in appliances is the black glass aesthetic, which was popular at EuroCucina 2014. Cashing in on this trend, this month Euromaid will launch the Black Pearl Series of built-in ovens featuring black glass and stainless steel.

“The new range achieves a sleek, modern and chic look for the kitchen,” Field said.

The Black Pearl Series consists of seven products ranging from entry-level to high-end, and are targeted as buyers looking for features to help them achieve professional results at home.

“Demand for pyrolytic cleaning is still growing so we will offer two price points in pyrolytic, a knob control and touch control,” Field said.

One distinct advantage of integrated ovens for retailers is the opportunity to sell multiple appliances in one hit. “The purchase does not start and end with the oven,” said Frances Lynch, brand manager for Gaggenau and Neff, which are distrusted by Sampford IXL.

“There is huge interest and demand from consumers for complementary appliances that provide additional cooking options. Consumers are embracing appliances such as combi-microwave, steam and combi-steam options, which provide them greater flexibility and range of cooking techniques in the kitchen,” Lynch said.

“Gaggenau has long been at the forefront of design meets technology,” Lynch said, pointing to the 200 and 400 series, which both include an ensemble of built-in appliances.

The Gaggenau 400 series appliances are installed with slightly protruding fronts while the 200 series is built-in perfectly flush with surrounding cabinetry and furniture.

The self-awareness of integrated appliances and surrounding furniture has also been embraced by Bertazzoni Appliances, distributed locally by Technika.

Lisa Sutcliffe, Technika marketing manager said, “The kitchen is increasingly becoming the social hub of the home, which means built-in appliances have to not only be functional but also need to fit in with surrounding aesthetics such as study nooks and furniture”.

“This has resulted in a variety of colours becoming available away from the traditional black, stainless steel, or white,” she said.

Rudi Niemoeller, category manager, food and beverage preparation for Miele Australia, said with the plethora of cooking brands competing for the consumer dollar, there are increasing signs of polarisation in the Australian cooking market.

“At the lower end of the price and quality scale, some brands appear to be scrambling to grow volume at the expense of value and margin erosion,” he said, before noting some positives. “There continues to be strong growth at the top end of the market for time- and labour-saving high-value technologies, such as pyrolytic ovens and induction cooktops.”

The other trend in the integrated market is the addition of steam features in appliances, which is forming a relatively new sub-category, Niemoeller said.

“Steam ovens continue to represent one of the best and biggest opportunities to upsell from built-in microwave ovens (which, in many cases, still appears to be the ‘default’ option when it comes to choosing a second cooking chamber), and maximise average selling prices and transaction values.”

Miele calls itself a “pioneer” in steam cooking and said it is experiencing double-digit growth in this sub-category, which now represents one of the “key value drivers” in Miele’s range of major cooking appliances.

Niemoeller said that as more manufacturers enter the steam category, the lines are being blurred between true combination steam ovens and cookers with moisture settings. Niemoller breaks it down into three subsets: steam ovens, true Steam combination ovens and ovens that cook with moisture.

“It is, therefore, critically important for retailers and consumers to fully appreciate and understand that these three types of appliances are quite different in terms of their technology, optimum application and user benefits.”

Mark Tragear, sales and marketing director of V-Zug Australia, agrees there is a “huge push towards steam in the market”, which is being helped by the health benefits of steam cooking.

“People are spending more money on their built-in appliances to get healthy results.”

According to the official spiel, the V-Zug combi-steam oven “combines the functions of a fan oven and all the benefits of steam, transferring everyday meals into healthy, restaurant quality food at, quite literally, the touch of a button”.

It includes dozens of pre-programmed recipes and allows you to steam and bake on up to four levels at the same time; and dishes can be kept warm or reheated without losing moisture.

Tragear said retailers shouldn’t be scared of introducing customers to a new product that has steam. With proper demonstration of steam cooking, Tragear said, consumers will start thinking about throwing away their microwaves. 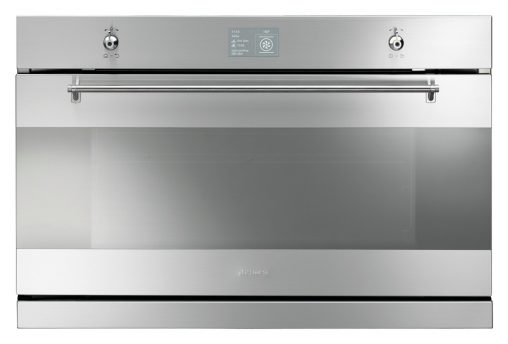 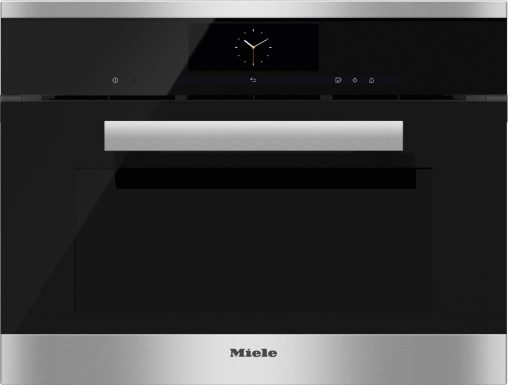 The Scholtès Multiplo (RRP $4,999) can deep fry, roast, boil, steam and slow-cook all in one integrated unit.