Frank Johannes (John) Fenner was a man of many talents. Born in Ballarat in 1914, Fenner was a medical officer in the Middle East and New Guinea during the War, studied microbacterial diseases in New York, became a Member of the Order of the British Empire and, in 2000, won the impressively-named Albert Einstein World Award of Science.

But of all his achievements — and at the time of his death in 2010 he had “AC, CMG, MBE, FRS, FAA” after his name — Frank Fenner’s greatest achievement was in the control of Australia’s feral rabbit population through the synthesis of a virus to cause myxomatosis. So successful was myxomatosis as a form of pest control in Australia in the 1950s that rabbit numbers declined from 600 million to 100 million in just two years. Because of Frank Fenner’s genius, rabbit populations can be controlled, preserving Australia’s natural flora and fauna, and when I met Frank Fenner in 2006, and this is true, I made a point of discussing the Radiohead song Myxomatosis with him. He was perplexed.

Fenner’s mid-Twentieth Century control of Australia’s rabbits was essential because it was an otherwise great period of prosperity for these bouncy beasts. For it was in this decade that the South Sydney Rabbitohs Rugby League Club Pty Ltd won 5 of its record 20 premierships. The Bunnies suffered dearly as a result of myxomatosis, their success tempered through most of the 1960s before a late flurry, the rabbits having built up a resistance, brought about four more titles, in 1967, ’68, ’70 and ’71. And then nothing. Frank Fenner’s work was complete.

But Frank Fenner is no longer with us and so on Sunday evening with the South Sydney Rabbitohs take to the field to challenge for their long-awaited 21st premiership, it will not be viri standing in their way but the Canterbury-Bankstown District Rugby League Football Club (the Bulldogs). A major force themselves, the Doggies are chasing their ninth rugby league premiership, which would see the Berries move past Manly into outright fifth on the most premierships list.

Before the match kicks off at the traditional rugby league time of 7:15pm local time, there is the little matter of daylight saving to discuss. New South Wales, Victoria, South Australia, Tasmania and the Australian Capital Territory all put the clocks forward one hour at 2am on Saturday night (Sunday morning). Queensland, Western Australia and the Northern Territory do not celebrate daylight saving.

Taking daylight saving into account, the NRL Grand Final will commence at 7:15pm in New South Wales, Victoria, the Australian Capital Territory and Tasmania. Kick-off will be at 6:45pm in South Australia, 6:15pm in Queensland, 5:45pm in the Northern Territory and 4:15pm in Western Australia.

Here is a general guide to understanding time in Australia during the daylight saving months:

Bulldogs coach Des Hasler has been a bit down since Michael Ennis hurt his foot in the prelim final.

Channel Nine (and affiliates) is the exclusive broadcast partner of the NRL Grand Final and that network will be showing the match in standard definition live to all centres. Over on Gem, instead of showing the Grand Final in beautiful HD, Channel Nine is showing — and you’ll like this — the romantic comedy Valentine’s Day, which is currently rated 3.8/10 on Rotten Tomatoes, a slightly better 5.8/10 on IMDb and for which Margaret said, “None of the characters are terribly interesting”. Valentine’s Day is 14 February. It really does make one’s face meet their palm.

It’s quite an important game for two suppliers in the industry as South Sydney is sponsored by De’Longhi and Fujitsu General. You can read about how important it is to De’Longhi here, while Fujitsu General has confirmed that it is not doing anything special for the match.

Footy fans in New South Wales, Queensland, South Australia and the Australian Capital Territory can really enjoy themselves on Sunday night because Monday 6 October 2014 in the Labour Day public holiday in those states and territory. Businesses with interstate commerce with companies in those sub-national provinces should be aware of this downing of tools. There are no restrictions on retail in any region on Labour Day and most appliance and electrical stores are expected to be open.

(Appliance Retailer’s daily newsletter will not be sent on Monday, as we are based in New South Wales.)

With Frank Fenner no longer around to curtail the spread of rabbits in Australia, one is left to make the following, ominous prediction… 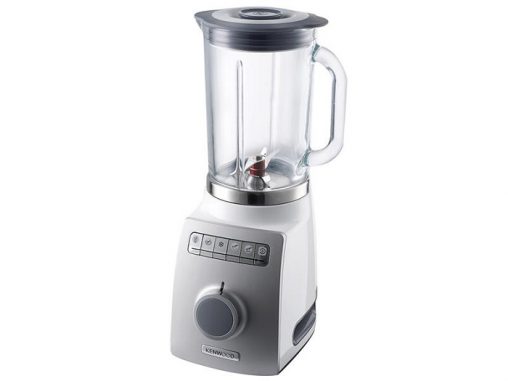