The European Imaging and Sound Association (EISA) Awards have been handed out for 2014 with Sony, Panasonic, LG and Samsung all taking away multiple awards for consumer electronics products.

EISA is the largest editorial multimedia organisation in Europe and the awards recognise leaders in technology across television, digital imaging, home theatre and mobile categories. 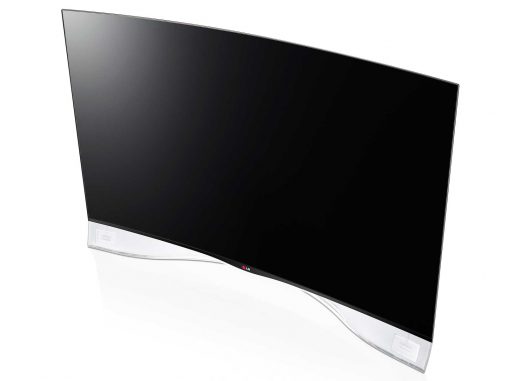 The best European Smart TV was awarded to LG 55LB870V for its WebOS technology. “With its webOS technology, it’s safe to say that LG has this year redefined the concept of Smart TV, offering the user a simple, powerful, fast and – most importantly – enjoyable connected experience.”

LG also picked up a prize for best European Home Theatre Soundbase with the LG LAB540 a slim soundbase speaker that fits neatly beneath a TV, it is also a complete home theatre 4.1 system, offering a 3D-compatible Blu-ray player, Smart TV functionality and audio playback. Sony’s 65-inch LED UHD TV (KDL-65X9005B), from the BRAVIA X9000 series, was awarded best European 4K Ultra HD TV. Upscaling technology, Triluminous colour display and the peak design of the speakers received the thumbs up and the glowing endorsement from the jury that “no other TV sounds as good.” As well as its 4K TV win, Sony is celebrating five other wins including three in the camera category: European Professional Compact System Camera for the α7R, European Compact Camera for the DSC-RX100 III and European Camcorder for the FDR-AX100E.

The Sony Xperia Z2 was awarded European Tablet of the year with the jury describing it as “seductively designed tablet” that will impress the user with the astonishing image quality, high resolution, vivid colours, deep blacks and exceptional detail. European Digital Source of the year was awarded to the Sony HAP-Z1ES Audio Player.

In home theatre audio, Philips Fidelio E5 was named best European Home Theatre Solution. “With its detachable wireless speakers, the Philips Fidelio E5 goes a step beyond a traditional home theatre solution, offering consumers the ability to switch effortlessly between normal stereo and a 4.1-channel surround experience,” the jury said. The E5 offers an audio solution without the clutter of multiple wires and boxes. Its sleek speakers feature a unique design that allows the top to detach, creating four independent wireless speakers for a full surround sound experience.

Yamaha also won an award in the category for best European Home Entertainment High End with the Yamaha CX-A5000/MX-A5000.

“We are thrilled to be presented with this award, and see it as firm evidence that we are challenging existing industry standards by redefining smartphone design, camera experience, and connectivity,” said Shao Yang, vice president of marketing and the Huawei Consumer Business Group. “We have even more surprises up our sleeves for IFA 2014 as we work to make it possible for more people around the world to enjoy great technology.”