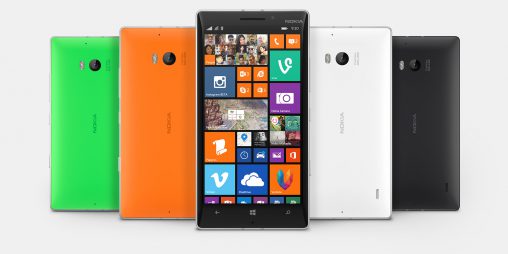 Personalisable! Welcome to the wonderful world of Windows Phone 8.1.

The question was asked by respected rival hack Jenneth Orantia and it caused tittering among the guests at the event. The response came from Steve Lewis, managing director of Microsoft Devices in Australia and New Zealand.

“The products we are launching today are Nokia Lumia devices. Under the Nokia brand with Lumia, so Nokia Lumia 930 and Nokia Lumia 635.”

After six years covering technology and the attendance of hundreds of events, this was a first for me: a reasonable question to a managing director, asking him to clarify the brand name of a new product. It was the question of the night at the launch of the two new Lumia smartphones in Sydney this week and, while Lewis answered assuredly and without any noticeably chagrin, it spoke to a broader identity problem faced by this new technology chimera.

Nokia has very strong brand recognition and still ranks at #57 on Interbrand’s most recent Top 100 Best Global Brands despite falling on hard times over the past decade. Microsoft retains its ubiquity in the desktop PC market (and, incidentally, is at #5) but struggles to shake off the persistent perception of dagginess best projected by Apple in its churlish Get a Mac campaign. (The good news is that this is slowly changing and the Microsoft brand is ever so slightly cooler among the kids than two years ago.)

Into this environment, it’s not hard to believe the powers that be at Microsoft Devices, marketers of the Nokia brand since April 2014, has settled on a naming device based upon which is less dusty, rather than most sexy. With the name of the brand clarified, Microsoft/Nokia/Lumia can start work on improving its market share, currently at 2.7 per cent (IDC, Q1 2014), a self-evidently poor ratio, but this is tempered by an 8.7 per cent lift in sales year-on-year, to 7.6 million units. Importantly, the Microsoft/Nokia marriage is working; IDC reports the increase in sales was, “almost entirely driven by Nokia”. 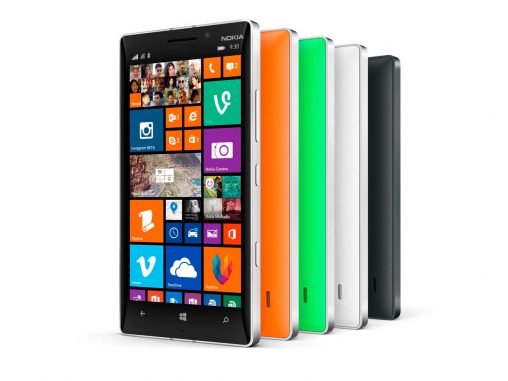 I’d never heard the word ‘personalisable’ before attending this launch but Lewis was determined to inculcate attendees with this neologism: no fewer than 7 times in 10 minutes did he reiterate that 8.1 is ‘the most personal OS on the market’, or words to that effect.  It’s the most important feature of Windows 8.1 (pr. ‘eight dot one’) and while there was plenty of cooing when Lewis and Microsoft Devices product manager Stephen Baxter described the beautiful 930 handset with its unibody, milled from a single sheet of aluminium, backed by a colourful polycarbonate rear, both struggled to communicate the precise advantages of the operating system as well as they did the hardware.

“Lumia 930 is one of our most beautiful products ever,” said the English ex-pat Lewis, before channelling the Romance Poets: “…beautiful piece of hardware — business at the front and ready to party at the back — very much a product with a mesmerising screen; so very high definition and curves in all the right places to give you a beautiful experience.”

But when asked what the Lumias’ USP was, I think it’s fair to say Lewis didn’t quite match his own lyricism in reply.

“The USP for me, in terms of why would you do Windows Phone if you’re on another operating system today, is that ultimate personalisation. I think it is the most personal smartphone.

“The fact that you have live tiles and you can choose what they are, they update in real time, and with enterprise-grade security. For the consumer, the one thing I would call out is the ability to personalise and make that product your own, with the things that matter to you.”

Anticipation was high for which feature Lewis would single out as exemplary of this and he opted on the weather being integrated into 8.1’s calendar application. Handy, yes, but hardly deleterious to Android’s 81.1 per cent market share. Baxter chipped in that these devices ship with Nokia MixRadio, a freemium intuitive radio a la Pandora or iTunes Radio. Aside from it being ready to go out of the box, rather than a downloadable third party app, I couldn’t work out what was so special about it. Lucky for Lewis and Baxter, Andrew Volard, Telstra’s director of device management, had studied up on the features and did not prevaricate when prompted for a spiel:

”This beautifully designed smartphone is only made better with Windows Phone 8.1 enhancements,” he said. “Features like the Word Flow keyboard, which allows you to swipe through letters for a faster typing experience and Action Centre, for slide-down notifications and quick settings, will be very popular with customers.

“The Windows Phone experience is also better integrated than ever on the Nokia Lumia 930. You can create photos, videos and documents right on your phone and sync them to your Windows PC, tablet and Xbox devices.”

Katie Turkal, general manager of devices at Vodafone said she was “thrilled” to be selling the Lumia 930, which is, “highly acclaimed” and “regarded by many as the best Windows phone yet”.

Optus vice president, mobile marketing, Ben White is “delighted” and promises “no nasty surprises” for Lumia 635 and 930 customers though his telco.

There really is a lot to like about these two handsets. At RRP $279 (or on plans through Telstra and Optus), the Lumia 635 is a colourful, entry level 4G handset that competes manfully with low end Android options from Samsung and LG. It has a 1.2GHz quad-core processor and a 4.5-inch ClearBlack LCD display (854 x 480). The most compelling feature of this device is its quoted 27 days of standby time, while respected rival hack Tony Ibrahim from PC World claimed to hit 36 hours of exhaustive use for his 4.25-star review. Lewis confirmed that there are no plans to release the dual SIM version of the 635 in Australia. When asked about the arrival of Siri-style personal assistant Cortana, Lewis again demurred: “[There is] no date to share but definitely on the radar and there is a lot of excitement and anticipation around that feature”.

“Flagship in design, flagship in performance and flagship in experience,” is how Steve Baxter described it, highlighting the “stunning” 5-inch Full HD display, wireless charging and 20-megapixel camera with Zeiss optics as signature features. “It’s pretty and powerful,” he said.

Baxter and Lewis dovetailed nicely throughout their presentation and straight after this last direct quote, the pair was queried as to whether Microsoft would be setting up stores or displays to properly showcase the Lumia’s light.

“We’re working with our retail partners to see how we can bring that to life in the best way,” Lewis answered. “We need to ensure that consumers have the same experience as we’re seeing here today.”

In North America, Microsoft has established a network of more than 100 retail stores across the United States, Canada and Puerto Rico and readers will be unsurprised to learn they are often compared aesthetically to Apple Retail Stores. The venue for this launch event in the Sydney CBD had been lovingly adorned with luminescent Lumia essentials and there is no doubt that when merchandised in its most favourable light, which is a lot of light, the Lumia shines brightly.

In fact, they laid it on quite thick at this press conference. There was a food stall making Asian canapés so attendant “media, operators, distributors, retailers, and the developer community” could indulge in foodie photography and Instagramming. In another corner, there was a texting competition inviting key influencers to test out the Lumia’s Word Flow keyboard and, best of all, a beach scenario to showcase how readable the 930’s display is direct sunlight. Read but don’t drop, however, as neither the 930 nor the 635 is waterproof.

The enthusiasm of these key influencers to proselytise Windows Phone emphasised the small but vocal online community devoted to Windows Phones and the Lumia 930 definitely seems to have caught their eye. “Nokia have (sic) developed a habit of building handsets with divine screens, but this one seems to top anything I’ve seen before,” said Damè Damjanovski for TechAU, while ‘Sheeds’ from WP Down Under said, “If you have been holding out for a new handset, now is definitely the time to be considering these two new phones as your next device!”.

The best example of Lumia love, however, was this expletive-laden Twitter conversation between several disgruntled self-styled ‘WinPhans’ and Telstra over delays in preordering.

Perhaps the most succinct description from the bloggersphere comes from Appliance Retailer contributor Peter Wells, co-founder of the award-winning website Reckoner. 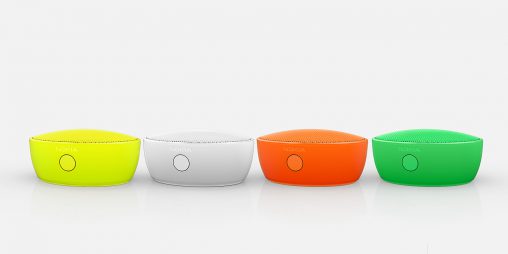