The 2014 FIFA World Cup kicks off on Friday morning, Australian time, when Brazil takes on Croatia in the Group A opener. Although this fixture is being played at the relatively viewer-friendly time of 6am (AEST), the vast majority of fixtures will be contested at decidedly egregious times, like 2am and 5am.

With the need for all-night sustenance and comfort in mind, here are the Top 10 appliances and electronics for experiencing, enjoying and, most importantly, staying awake for the 2014 World Cup: Although SBS is the exclusive broadcaster of the 2014 FIFA World Cup, nothing matches Foxtel’s iQ2 for high definition PVR functionality. With games on in the middle of the night, there is always the chance you will fall asleep mid-match, so tape every game just in case. During the European football season, I tend to watch replays at 30x, only playing back goals and red cards in normal speed, and can easily pass it off as though I watched the whole game in the office the next day. While there are other PVR options out there, such as Beyonwiz, Strong and Humax, the full integration of Foxtel, plus the 24 hours sports channel (513) for the latest news updates, makes this a winner. The mildwave that swept Australia through autumn looks to have finally abated and it should be quite cold during the early kick offs at 2am. A heated throw is a snug and luxurious way to beat off the chill and hopefully the Socceroos will also be able to beat back Chile at the same time. Snacking is a great way to pass the time between matches and, when it comes to Group H, you’ll need some snacking during matches because that’s the Group of Bored to Death. Interesting, Belgium is in that Group, and the Low Country is where the original idea for Breville’s iconic sandwich maker was first formed. You can put almost anything you want into a jaffle/toastie/Breville and it will taste pretty good. Here’s an idea: how about preparing one using the traditional foodstuffs of the teams playing? For England vs Italy, for example, you could make a fish and chip jaffle on one of the irons and a meatball sandwich on the other! 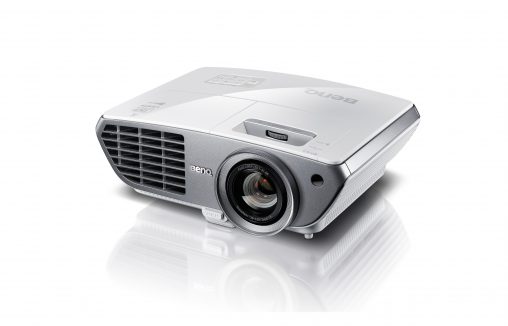 There are lots of great TVs on the market this year for an immersive World Cup experience: Samsung, LG and FIFA sponsors Sony have all unveiled attractive, enormous panels that will definitely do the job. But, to truly wow your friends and family — and, lets face it, what’s the point of buying new technology if it won’t make your friends jealous — you need to broadcast all the action onto the wall using a projector such as this one from BenQ. We all know that multiscreening is one of the biggest trends in digital content consumption and sport is a driving force of this. People love to watch the big games on their TVs (or projectors) while sharing their own experiences on Twitter, Facebook, YouTube and other social media. This World Cup is set to be an absolute Twitterfest — back in 2010, the inchoate Twitter was still quite niche — with virtually all players, journalists, teams and fans speaking directly to each other via the apps on iPads and other devices. The reason I have singled out the iPad Air is that SBS, for the first time, will be broadcasting all 64 matches over its new app, meaning if you can’t make it to a TV, you can still catch all the action over Wi-Fi or 4G.

It’s also worth noting that the iPad has an alarm, which will definitely come in handy if you’re planning on powernapping during those pesky breaks between games. All-night sports-watching novices might be surprised to learn how much mess you make while sitting down snacking on jaffles and, inevitably, the pizzas, hamburgers, soft drinks, chocolates and lollies (watching sport is really unhealthy). The 18V Rapido from Electrolux has 33 minutes of run-time per charge, so keep it juiced in its included charging cradle while you’re at work and it should go all night.

For a lot of casual fans, the gameplan will be to forgo the middle-of-the-night matches and only watch the mid-morning games; the ones starting at 6am and 8am. There are plenty of decent games scheduled for this time, such as Argentina vs Bosnia & Herzegovina, United States vs Portugal and Cameroon vs Croatia. Problem is, watching these games will shorten prep time for work that day, so why not mix bathing and shaving (pro tip: do this at half time), utilising Philips’ AquaTouch shaver, which can be used in the shower and with gel if you have sensitive skin. Philips is a Dutch company so, you know, we hope they sell more shavers than they win matches against Australia. A 250-millilitre can of Red Bull costs $3.50 at my local 24-hour purveyor of fine beverages. This bottle of syrup can make 48 times that amount of fizzy sustenance for only a little more than twice the cost (once you purchase a SodaStream machine, that is). Not only is it a cost-effective way to replenish your energy levels while cheering on the team playing Germany, it’s also a lot more convenient than having to schlep it up to the servo in the middle of the night. Watching 64 football matches in a 30-day period breeds a sedentary lifestyle so it is important to get straight back into healthy living immediately after Mile Jedinak lifts the Jules Rimet Trophy in Rio on 14 July 2014. The Jawbone Up monitors how you move, what you eat and how you are sleeping (something you’ll cherish once the World Cup is over) and provides analysis via an Apple or Android smartphone. 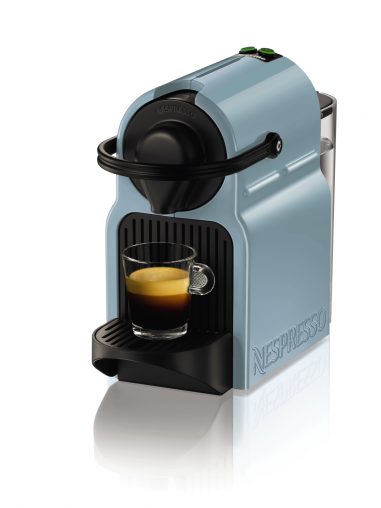 Okay, so it’s 3:30am and you’ve just sat through a 0-0 draw between Switzerland and Ecuador and it’s still 90 minutes before France takes on Hondurus. You’re bleary eyed, sleep deprived and feel a little dead on the inside. Take out a capsule — my favourite is Rosabaya de Colombia — drop it into your Nespresso Inissia and within seconds your caffeine injection will be ready. Whatever you do, however, don’t ever let your love of Nespresso turn into affection for the Swiss National Football Team. So boring. So very, very boring.

And you can follow my Tweets about diamond formations, theme songs and coffee machines by following this link.