Sodastream has announced its newest drinks maker, the bright and cheerful SodaStream Play, will be available in Australia in September 2014.

Play comes in six different colours and is designed by Yves Béhar, sustainability advocate and designer of the SodaStream Source, which was first released in 2012.

Play has a similar minimal design as Source and features the same snap-lock mechanism for attaching the bottles. Powered by a C02 canister, the carbonating bottle locks into place with a single-push motion. A slider column automatically returns the bottle to its original position after being pressed, simplifying the process of carbonation.

Yaron Kopel, chief innovation and design officer at SodaStream said the Play still “maintains the design language of the Source family, but has a clear identity, is priced lower and appeals to more segments of the market.”

SodaStream said that following the “growing ‘DIY’ trend and contemporary idea of making things yourself, customisation is at the heart of the SodaStream user experience, allowing consumers to transform ordinary tap water into sparkling water and soft drinks in seconds, when and how they like it.”

SodaStream took the DIY idea one step further during the 2014 Milan Design Week in April by allowing consumers to mix and match the colours of the machine’s parts. However, at this stage Australians will only be able to buy the Play in one of the six block colours.

Myles Anceschi, managing director of SodaStream Australia said, “We’re thrilled to offer the Play Drinks Maker to Australian families. We understand that people want a product that is fun, yet can fit easily into the aesthetic of their living space.

“With SodaStream Play, families can get creative in the kitchen and enjoy great tasting, better-for-you sparkling drinks in seconds.’’

The SodaStream Play will be available nationally in Myer, Target, David Jones, Harvey Norman, Good Guys and Spotlight stores from September 2014 with a RRP of $99.00. 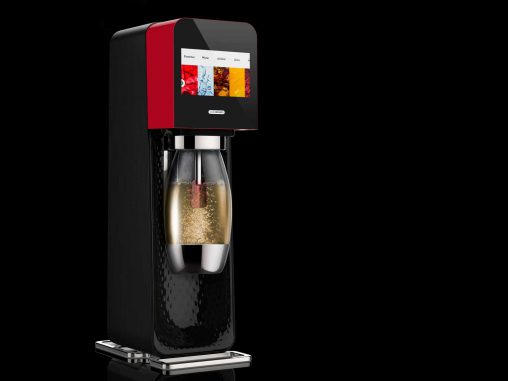