Samsung has launched its 2014 line-up of appliances for the Australian market, with the brand reiterating its commitment to the cooking category and emphasising its focus on premium whitegoods. With products in seasonal, cooking, refrigeration, laundry and floorcare, the line-up covers all of Samsung’s key home appliance touch points and includes flagship models first unveiled at January’s International CES in Las Vegas.

After talking up its Food Showcase refrigerator at various trade shows over the past year, the appliance will finally make its way the Australian market in the coming months. The launch of the 636-litre Food Showcase model is part of a “global drive to develop in premium side-by-side refrigeration” and features a “premium look and design” that incorporates a double door on the right hand side — the door can be opened fully to reveal the entire contents of the refrigerator, or just the front fascia can be opened to access the Food Showcase area of regularly-used items. After success with sub-400-litre top mount refrigerators, the brand is also launching new 469-litre and 527-litre models, as well as a smaller version of its French door refrigerator with integrated SodaStream dispenser — the original Sparkling Refrigerator had an 890-litre capacity, whereas the new 680-litre model will be counter depth to provide “technology that fits”. Up against plenty of competitors in the cooking space, Samsung has its work cut out for it in this category. The brand is focusing on dual cooking ovens (which allow separate dishes to be cooked in two different sections of the oven, without sharing flavours or cooking settings) and steam cooking technology. The new Neo built-in range includes the Neo 70L Dual Cook Oven and the Neo 50L Compact Steam Oven. 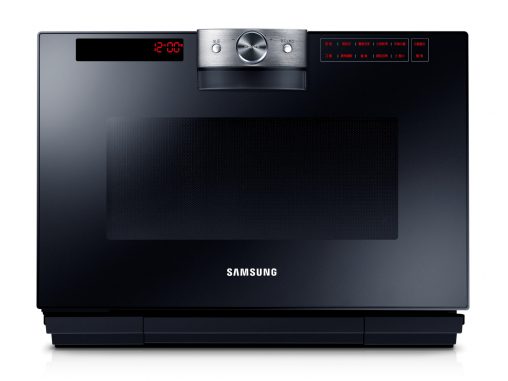 The big innovation being pushed in dishwashing is Samsung’s ominous-sounding Storm Wash technology, which the brand says “minimises the need for pre-washing your dishes…so you can stack items straight away”. There’s a new 15-place-setting model that boasts this Storm Wash feature as well as a removable cutlery rack and Flex Tine racks that leave room for deep stir-fry bowls or large dishes. Samsung showed off its AR5000 Air Conditioner, launched in October last year for the peak summer season. With Samsung’s air conditioning product manager Joe De Bella conceding that “air conditioning has negative connotations with energy consumption” he showed off the product’s advanced energy saving features. According to De Bella, the AR5000 “gives an estimation of how much extra power you’ll use by dialling the temperature up or down, or how much you’ll save”.

The Wi-Fi enable product can also display usage stats and tabulate them over daily, weekly or monthly periods so consumers know how much energy they’re using, thereby taking out “the factor that no one knows about” when they’re using their air conditioner. TFT touch screen functionality and auto-dosing technology were key highlights in Samsung’s two new laundry appliances. The Super Capacity washer dryer combo is rated to 10 kilograms but can wash up to 15 kilograms of clothing, and dry up to 8 kilograms with the built-in condenser dryer. It features Powerbubble washing (first shown off at IFA in 2012), autodosing for roughly a month’s worth of washing, a large 8-inch TFT display and Wi-Fi connectivity for monitoring wash cycles and diagnosing issues with the machine if there’s a problem. The brand also launched a new 9kg Front Load Washer (WW9000) which also features a TFT display, autodosing and a wide door with an extended opening angle for easy loading. The washer also boasts 14 wash programs and specialty programs including ‘Cooking’ and ‘Gardening’. The upright will be launched by June to capitalise on what Samsung has billed as a $50 million category, and Motion Sync technology will be rolled out across more premium canisters in the second half of 2014. 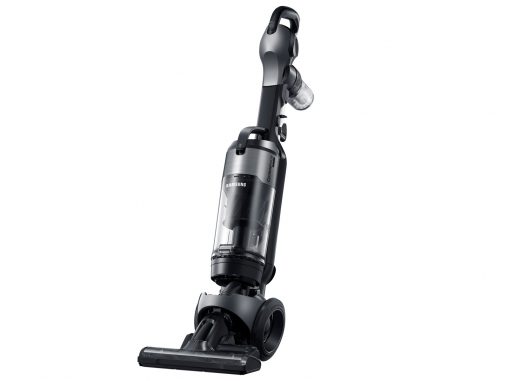